Who says my TV watching habit is a waste of time?

It just led me to actress Meghan Markle’s lifestyle blog, The Tig, which shows she is just as stylish as her Suits character Rachel. 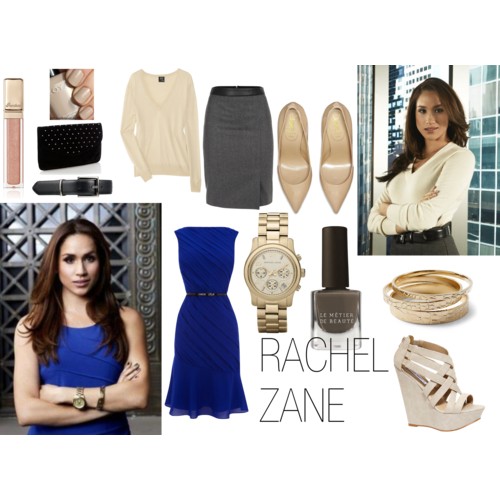 I’m interested in how costuming reflects character, and there’s a great piece about costume designer Jolie Andreatta, who styles the fabulously soapy Suits. As any fan of the show can tell you, Andreatta’s clothes don’t just hint at who the characters are, they help tell the story.

Andreatta outlines how she dresses the characters, describing Gina Torres (the senior partner clad in couture) as her masterpiece — and it’s not hard to see why.

“Suits are like medieval suits of armor,” Andreatta told Entertainment Weekly. “[They] tell us who the person is, what kind of background they [come from], what kind of status they have.”

The show itself is pure fantasy. The premise is that Mike, played by Canadian actor Patrick J. Adams, is a university dropout with a photographic memory that lets him earn easy money by taking the bar exam for lazy law school grads. Through a variety of coincidences he meets a maverick corporate lawyer, played by Gabriel Macht, who likes breaking the rules for fun. Before you can say caveat emptor Mike is installed as an associate at a high-powered New York law firm. Hijinx ensue.

Macht cuts a dashing, romantic figure dressed in glorious Tom Ford. And as Mike, the unlicensed lawyer, grows more confident so does his wardrobe. His ties get wider; his suits more classic — he’s often seen in Burberry. That’s also true of the paralegal played by Markle, in a wardrobe of pencil skirts, cashmere sweaters, and classic coats by everyone from Valentino and Prada to Burberry. 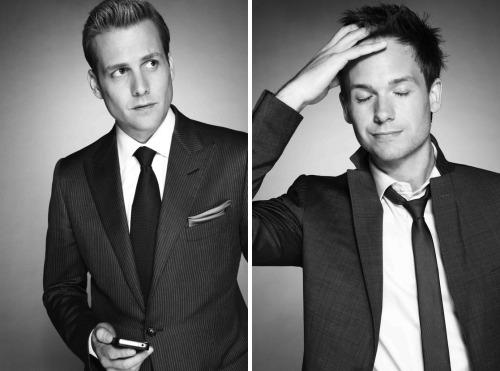 While we’re on the subject, Markle’s blog is great fun too. A cut above the sort of thing Hollywood actresses seem to be churning out in droves these days. And because Suits is shot in Toronto, many of her food, travel, and fashion finds can be found in-and-around Hogtown.

It’s the perfect hit of style between Suits seasons. 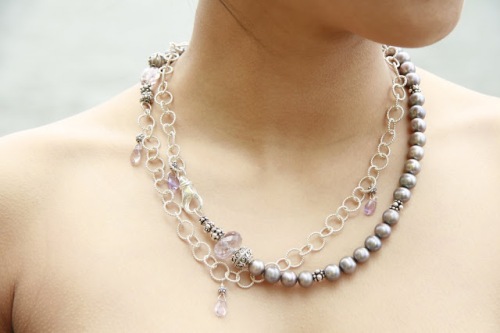 Learn about new items first! Sign up for our newsletter.

We respect privacy and will never sell your address.